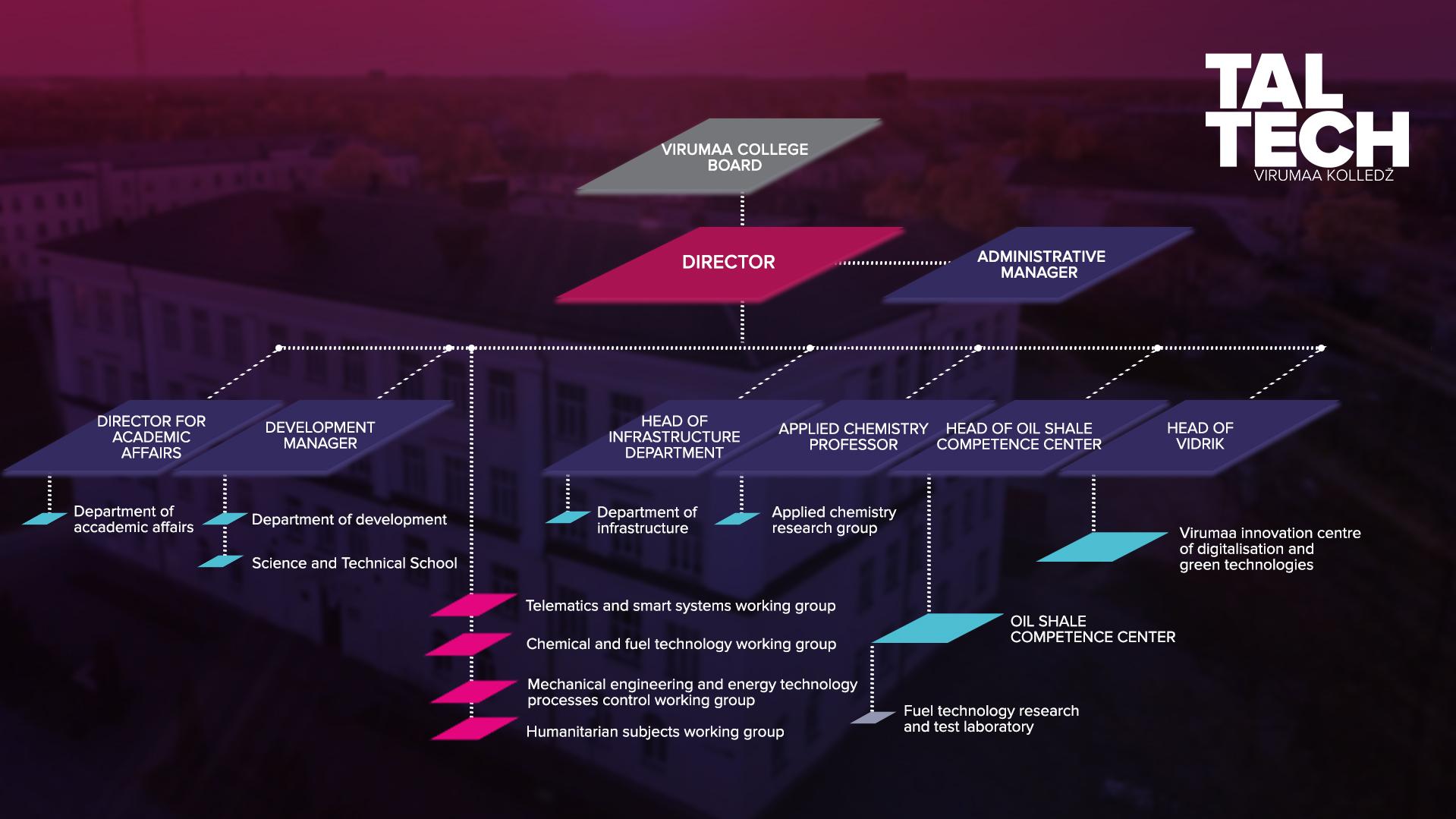 Mission and goals of Virumaa College of Tallinn University of Technology

TalTech Virumaa College is a regional academic institution that contributes to high - level and competitive technical and engineering higher education and development and innovation activities.

Teaching is based on motivated and competent employees and cooperation with companies. College graduates are enterprising, ambitious and highly valued in the labor market. Virumaa College is responsible for promoting the growth of the younger generation of engineers and developing the technical culture  in Ida-Virumaa.

About the history of TalTech Virumaa College

In 1959, in the building of  chemical and mining technical school in Kohtla-Järve, the consulting office of TPI (Tallinn Polytechnic Institute) started its work, where  mining department of TPI also worked for several years.  Alexei Varkki, teacher of Russian language and literature at the technical school, was appointed head of the consultancy. In 1962 A.Varkki was elected the Second Secretary of the Party Committee and Ellen Pupp became the head of the consultating office. 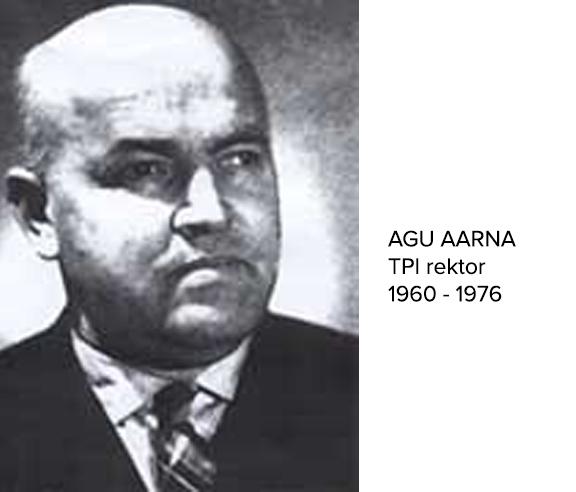 The idea of creating a general technical faculty arose in 1960 from the then new rector Agu Aarna, who sent Kaljo Schults, associate professor of Physics, to Kohtla-Järve to develop this idea. The original plan was to build study rooms and laboratories on the third and fourth floors of the dormitory of the technical school. However, due to the poor state of the dormitory, this project was not carried out and the rector decided to build a new study building, which was designed by " Estonprojekt". 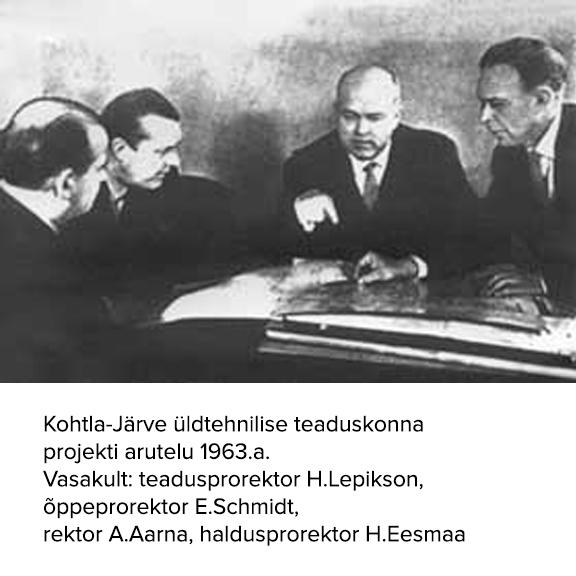 In 1969, TPI general technical faculty began work in the new building under the direction of associate professor A.Varkki. 210 students were enrolled in the first course of the evening studies, with more than 400 applicants. In addition, 279 students from the consulting office were transferred to the evening studies. The study took place in the following disciplines: automation and telemechanics; power plants and automation of industrial equipment; mechanical engineering, metal cutting benches and instruments; thermal power plants; chemical technology; economics and organization of mechanical engineering; industrial planning and accounting. Evening students studied three courses at Kohtla-Järve branch and then were enrolled in TPI distance studies in Tallinn. There were about 500 students on the faculty. 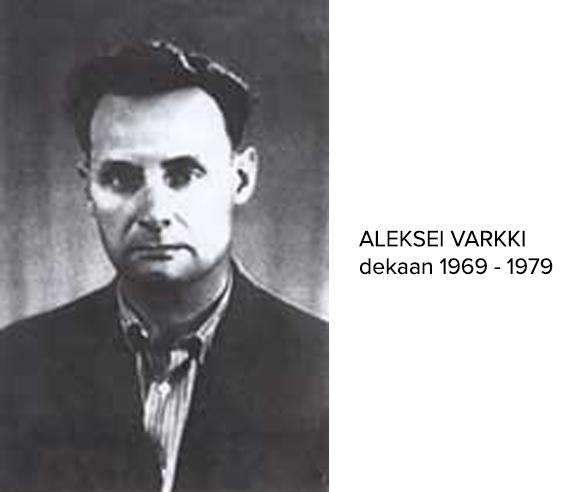 Two departments were created at the faculty: Marxism-Leninism (A.Varkki) and General Technical (K.Schults).

In 1969, a full-time department with a study group of 25 students started working . The following year there were two study groups, but from 1982 there were both day and evening groups. In addition, it was possible to study in paid preparatory courses, which were led by Ellen Pupp throughout the duration of operation. 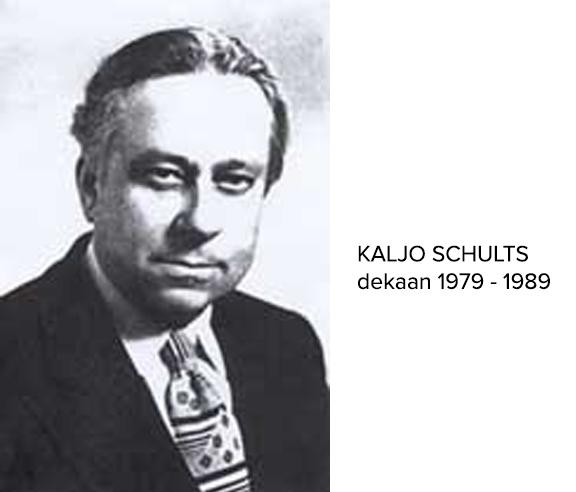 From 1971, two day specialties began to be taught - underground mining technology and complex mechanization and mechanical engineering economics and organization. The first two courses took place in Kohtla-Järve, then continued in Tallinn.  In 1978, the second-named specialty was moved to Tallinn and two study groups from the Faculty of Chemistry were brought in, whose specializations varied over a year: technology of sewing products, weaving of fabrics, technology of leather products and spinning of natural and chemical fibers. After the second course, the study continued in the Faculty of Light Industry of Kaunas Polytechnic Institute. 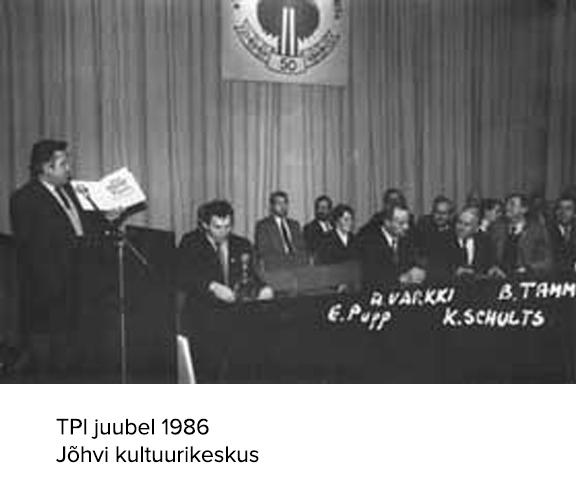 In 1986, the 50th anniversary of TPI was celebrated (considering that TPI was created in 1936,  now the beginning year is 1918). The ceremonial act  of the faculty took place in Jõhvi House of Culture, which was attended by the TPI rector, representatives of the industry of the region, and a hall full of students and alumni. These were the highlights of the faculty. Between 1970 and 1985, nearly 900 students of the evening studies and 800 of the full-time studies graduated from TPI Kohtla - Järve General Technical Faculty. 450 young people graduated from the preparatory courses. 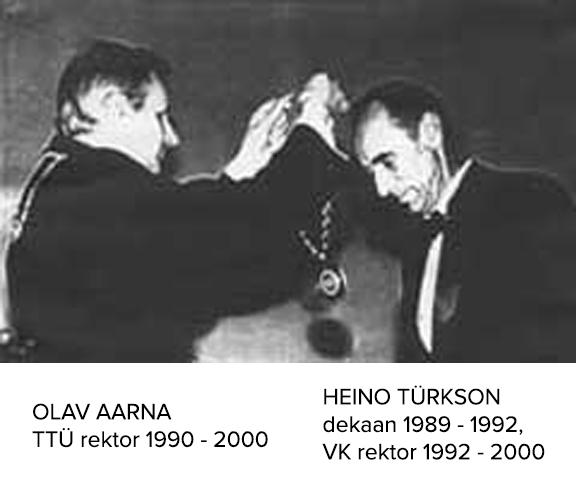 On 1 June 1992 the General Technical Faculty was liquidated and replaced by the independent Virumaa University of Applied Sciences.  H.Turkson remained the rector. The specialties were the teacher of Mathematics, Physics and Informatics in the elementary school (Estonian and Russian group); the teacher of Estonian for Russian elementary schools and the groups of technical specialties (1 Estonian and 2 Russian groups). The latter were created on the basis of a contract with TUT (Tallinn University of Technology). Estonians studied for one year and Russians for 2 years (one year to study Estonian language) and continued their studies at TUT.

01.09.2000 the Virumaa University of Applied Sciences was liquidated and the Virumaa College of TUT was formed  with Ants Soon as its Director. The specialties were manufacturing engineering and industrial entrepreneurship and engineering. In 2001, the field of Engineering was abolished and the computer science curriculum opened. 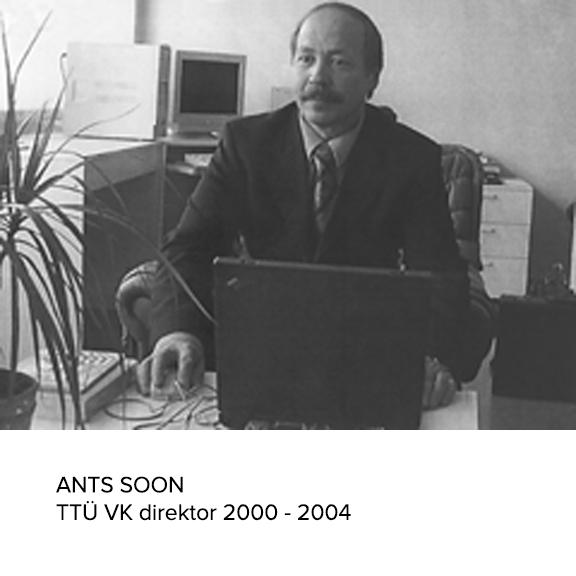 Due to the reform of Higher Education, in 2005 the college was merged with the former Kohtla-Järve Polytechnic, including  its curricula of the Applied higher education, and the college moved to new premises. 6 specialties were studied: Production Engineering and Industrial Entrepreneurship; Informatics; Construction Engineering; Power Engineering; Fuel Technology; Industrial Automation. In 2005, Viktor Andreev was elected Director of the College.